A site to discuss Minnesota sports, news, culture, and more

A place to discuss the MN Wild
Post Reply
107 posts


I still don't deny it. You act as though he shouldn't be in the league and that is absurd. On a side note, I have a buddy who works in the Wild ticket office. If you want I could see if he could possibly get that autograph for you!

No. I act as tho he's not a top Dman. And is a 5-6 Dman (some teams and some nights- a healthy scratch). Therefore I want nothing to do with his 170 pound-teeny-tiny-baby-autograph. I wouldn't even let my kids get his autograph.

Your delusion has caught up to you. And here we are. Look what that got us to this place. REBUILD.

"You were right all along Hole Nova Level...."

Love your enthusiasm! Ok, on a serious note, what's your thought on the Kunin trade? I kind of liked him but was hoping he would have produced a bit more. I know Bonino has been around quite awhile but don't know much about his game.

I liked the trade for the reasons I told Jimtown Guy:

"Not in future plans but he (Bonino) brings an actual BALLSACK into the locker-room. So that's a start.

They could easily turn him for another pick or two, for a team that needs him for a playoff run (not the Wild). So it's good for long term complete Rebuild that this team is about 3-5 years late on."

Kunin was a long list of "young" potential, etc....the Wild touted- An underlying problem with this team has never been the lack of "young guys" it's always been they are miscast in conjunction with their potential and the leadership that is making them better (or not).

I'm amazed at how quickly the "state of hockey" has forgotten the importance of true leadership. If you have good captains, like big dogs, alpha dogs, they will push, challenge, demand, expect, give resepct, etc...to those "young guys" with potential. The Wild have wasted a lot of young-guy-talent because they haven't had a culture in place via leadership to make them better. Thru the locker room, plane ride, to practice, how Steve Yzerman, Scott Stevens, Mark Messier, Zdeno Chara, Rod Brind"amour, etc...challenged, demanded, gave, conducted, accountability, etc....young guys got better. They played to their potential because it was demanded of them. You go 1 v 1 against Scott Stevens, or go into a corner with him, or are his D-partner in practice day in and day out, and your a young Patrick Elias, Brian Rolston, Scott Gomez or a young Scott Neidermayer, your gonna get better.

I've said, "trade everything you have", literally. And any young-gun you bring in....Make sure Parise and Suter are soon to be out of the picture. That's where Bonino may come in...."balls in the locker room" sorta deal. Actual Leadership.
Top

The best thing about Rossi is he's an Austrian kid, moved the Switzerland to play against better competition, then got drafted to the OHL (to me still the best tier 1 junior league in the world above USHL for producing the direct NHL pipeline).

He put up those 120 points in the OHL. He's well traveled, has always played "up" and has some metal to him. This isn't some softy from Edina that put up 70 points against half of a schedule against small schools with sophomores and juniors and one-or two seniors...

The league he's coming from is legit. Night in and night out, it's a mans league. Loved that we grabbed a baller out of the OHL and would love to see more draft picks for this team to come from the OHL and WHL for that matter...vs. Sweden and USHL etc...the "type" of kid your getting from those leagues (OHL/WHL) is what the Wild need and have needed.
Top

Hola your last 2 posts were excellent. I agree with everything you said. Instead of you doing it, I will give you a pat on the back
Top

RT @RussoHockey: Cam Talbot, 3 years, $11 million to #mnwild
What's the difference between Thrillkill and a mallard with a cold. One's a sick duck... I can't remember how it ends, but Thrillkill’s mother is a whore
Top

Cant complain. While not elite has always been very good. Nice 1 2 stable.

Any early ideas what the lines are going to look like next year?

Should we expect many more moves/additions?
This here is the ass of a drunken shitbird!
Top

Should we expect many more moves/additions?

They are pretty much done with their cap situation and their RFA’a they need to re-sign
What's the difference between Thrillkill and a mallard with a cold. One's a sick duck... I can't remember how it ends, but Thrillkill’s mother is a whore
Top

Should we expect many more moves/additions?

Putrid. Russo has Johansson centering Kaprizov and Fiala. Johansson has never been able to stick as a center and he's the #1.

I don’t know Cam Talbot from Cam Newton, but it seems like the wild are pretty busy.


Is this going to work? Is the team going to be better or at least more exciting?
Dwayne Elizondo Mountain Dew Herbert Comacho 2020 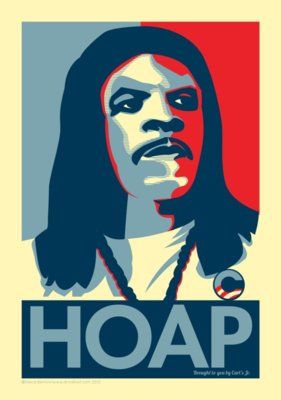 “If heavy metal bands ruled the world, we’d be a lot better off.” - Bruce Dickinson
Top

I’m a casual hockey guy but I would love to jump on the bandwagon if they can be better than mediocre.
"Dude, my IQ and education level is a 1,000 times more than yours. I whip everyone's ass here and they cannot hold a candle to me." mlhouse
Top

We'll see what happens once the season starts.. but even if they're bad I'm looking forward to just having new blood. Washing the Fletcher/Fenton stench off.
This here is the ass of a drunken shitbird!
Top


Is the team going to be better or at least more exciting?

Wait 2-3 seasons. And as long as parise/suter/dumba are here the teams not worth a shit.
Top

Do the Wild have any more work to do on their own free agents? I saw they resigned Kahkonen and Greenway today.
Top

The Wild will suck until Zach and Sutter's contract expire. You can also say Spurgeon, Zuc, Dumba and Brodin. All are decent players but not studs who you win cups with. The Wild will suck for probably the next 5 years. They need to bottom out, stock top 3 draft picks and regroup.
Top 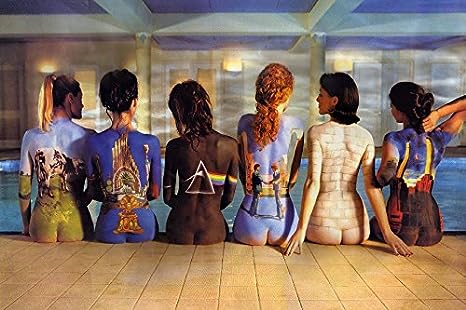 They will be measurable better the minute they up the grit factor from -5 to at least +5.
Top

full force five wrote: ↑
Tue Oct 13, 2020 9:25 am
The Wild will suck until Zach and Sutter's contract expire. You can also say Spurgeon, Zuc, Dumba and Brodin. All are decent players but not studs who you win cups with. The Wild will suck for probably the next 5 years. They need to bottom out, stock top 3 draft picks and regroup.